I was appointed as Chair of Governors last academic year. I work with learners in a mainstream setting. I am a Mum of two wonderful children.

I was elected in August 2015 as a Parent Governor initially and am now a co-opted Governor.

My child previously attended Springside until recently moving onto Redwood High School. Springside was my preference for my child & after seeing other Special Schools we decided that this was by far the best option for him.  Prior to having my two boys, I gained a degree in International Hospitality Business Management, this took me into the Hotel industry where I stayed for many years until unfortunately due to my commitments at home it was no longer possible to continue with such long working hours.

My husband and I then decided to take over a business in Hebden Bridge - The Pennine Wine and Cheese Company, which we both continue to run together.

I was re-elected as a Co-opted Governor in 2015, I have previously held roles in senior leadership in schools.

I have been a Governor since 2015 and currently hold the role of Pastoral Officer at Springside School.

I took up the role of Headteacher Governor in 2017 after a period of time acting as an associate member in my previous role as Director of Learning.

I have two children at Springside in two of the different phases. I have taken up the role of parent Governor this academic year.

I am employed as a Senior EHC Assessment and Review Officer with the Local Authority and have recently taken up the role of LA Governor at Springside.

I am employed as a Senior Educational Psychologist within Rochdale. I have recently taken up the role as co-opted governor at Springside.

I have previously held a position as a Headteacher and have taken up the role of co-opted Governor this academic year. 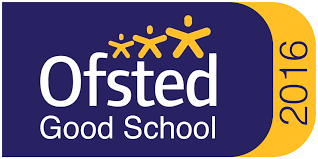